Approximately 12,000 protesters came together at Belmore Park in Sydney today to voice their displeasure at the policies of Tony Abbott’s government.

Speaking out against the mistreatment of asylum seekers, media ownership concentration, the government’s refusal to recognise same sex marriage and other issues, the protesters joined others across Australia who demonstrated in other cities and towns in a national weekend of action

Thunder and rain threatened to disrupt the Sydney event, but the crowd remained and then grew when the weather cleared. 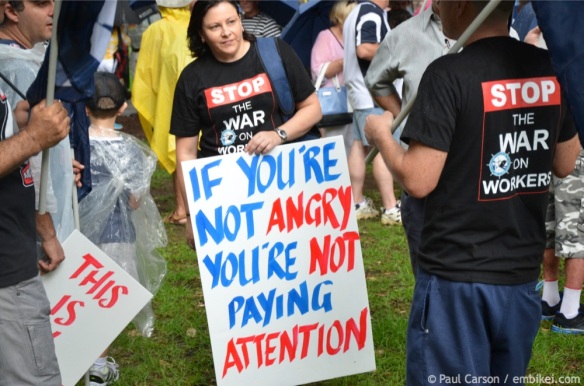 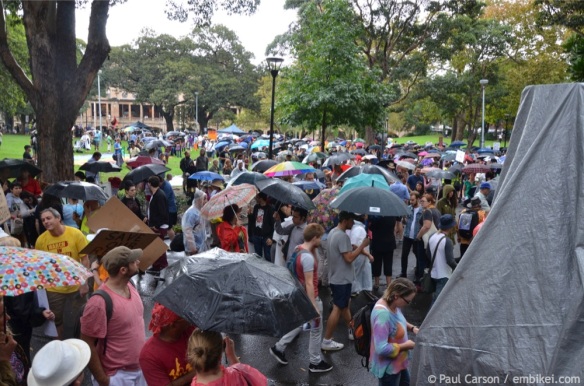 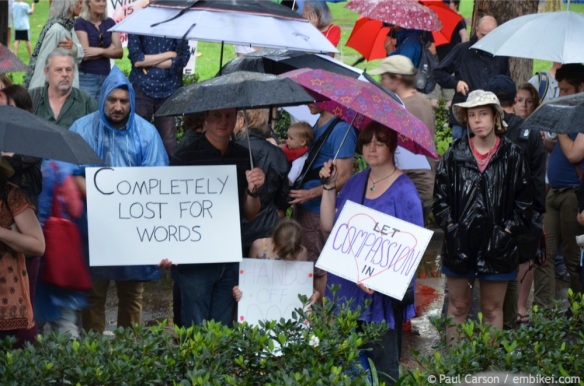 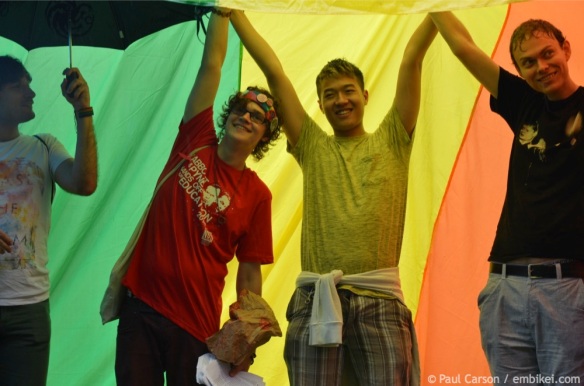 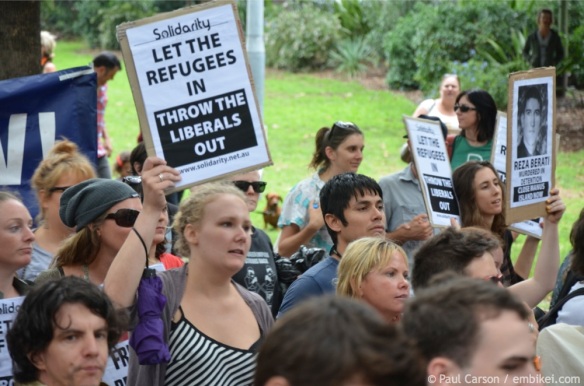 After speeches from Cat Rose, Wendy Bacon and others as well as three songs and a speech from singer and activist Billy Bragg, the crowd made their way along Broadway to Victoria Park amid cheers from pedestrians and car horn honks of support from passing motorists. 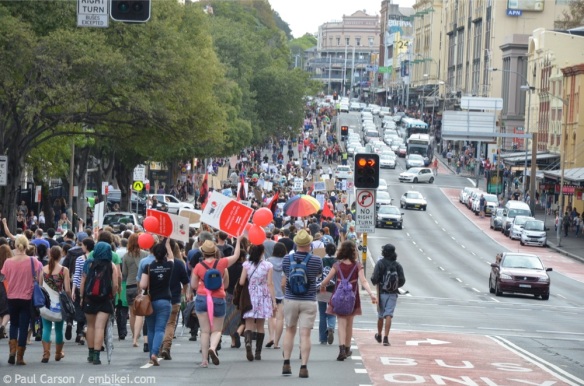 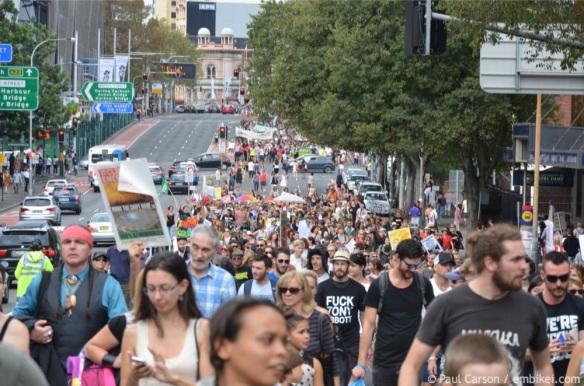 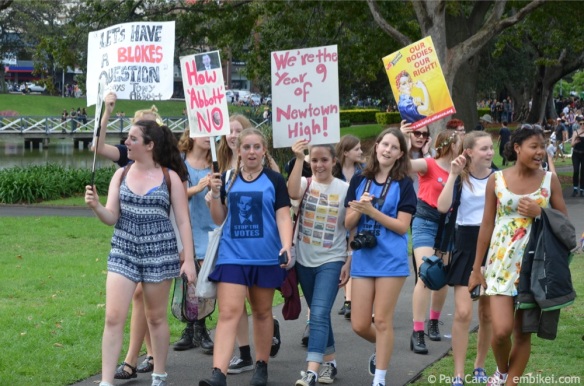