ANLONG VENG, CAMBODIA – Grey clouds hung heavy in the dim sky, and a light rain fell. The sun was a milky disc and the air was noticeably cooler than what’s generally found in the rest of Cambodia.

A perfect day to inspect the final resting place of the former leader of a genocidal regime that slaughtered millions in under four years.

Sunshine and twittering birds would feel out of order when viewing the final resting place of a man who had a major hand in the death of millions of his fellow Cambodians. Also vastly inappropriate would be some towering monument to his purity of vision, the glory of a revolution that was meant to make Cambodia a self-sufficient agrarian paradise, a vision that soon gave way to total insanity, the systematic slaughter of a nation, and the near-total destruction of a culture that has spanned over a thousand years.

Pol Pot died in mid-April of 1998 (nobody knows the exact date, though April 15 is widely cited) in Chong Sa Ngam village north of Anlong Veng, about a kilometer from the Thai border. Equally speculative is the cause of death. A heart attack, old age, pneumonia, suicide, poisoning by disgruntled ex-Khmer Rouge forces, even assassination by a Thai hit squad are some of the possible causes that have been aired since that day. Like many things in Cambodia, the truth is obscured by speculation, wishful thinking, and myth,

Immediately after his death, Pol Pot’s body was photographed in situ and promptly taken outside and cremated. His furniture and some of the material from his house were used as fuel for the pyre. Photographs of the event make it seem more like he was burned along with a pile of rubbish that was lying around.

Again, some would see that as fitting.

More impressive, if that’s the word, is the grave of Ta Mok (named Chhit Choeun at birth), the commander of the Khmer Rouge’s military.

After the Vietnamese removed the Khmer Rouge from power in 1979, Ta Mok fled to northern Cambodia with Pol Pot and continued to direct missions against the Vietnamese and, later, the Cambodian government lead by Hun Sen.

Eventually captured by the government in March 1999, Ta Mok was taken to Phnom Penh and placed in custody awaiting trial for his crimes. He eventually died without facing trial on 21 July 2006.

Prior to his arrest, Ta Mok spent his time at a house in the Dângrêk Mountains north of Anlong Veng. 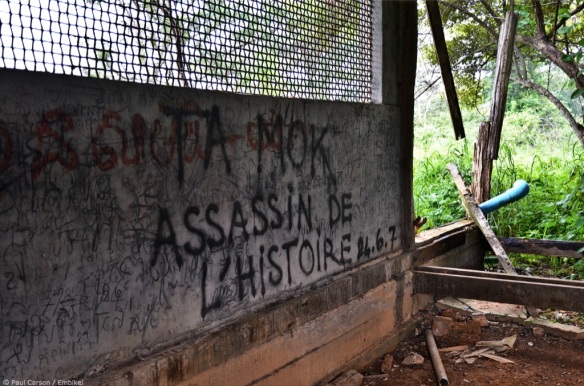 He also maintained a villa on the outskirts of Anlong Veng. 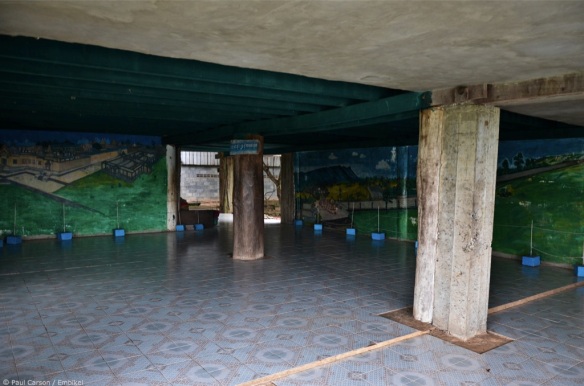 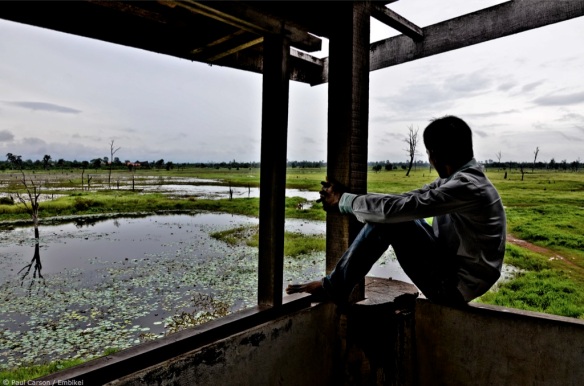 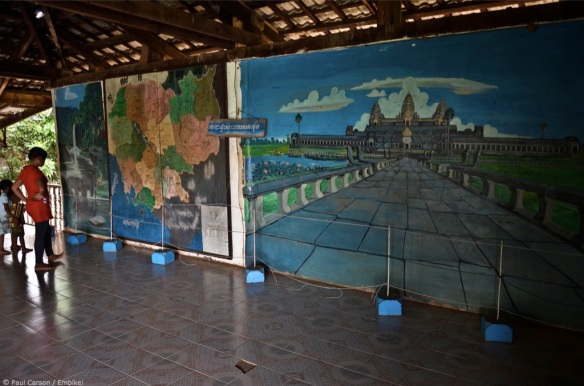 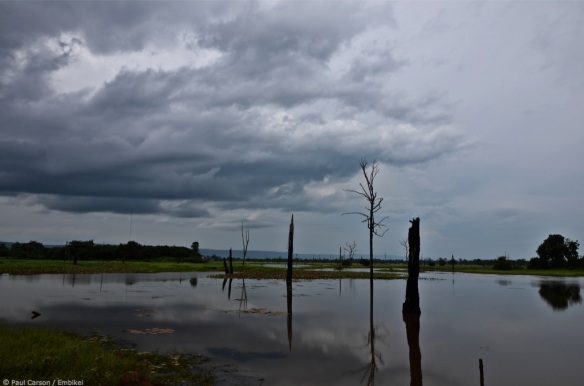 A lake as seen from Ta Mok’s house. The lake formed as a result of dam construction on the edge of town. The dam was commissioned by Ta Mok during the Khmer Rouge years.

The town has a dark history, with Khmer Rouge elements being very active here as recently as 1998. But that terrible past runs in direct contrast to the spectacular beauty of the natural scenery. Deep green jungle covers tall mountains that are cloaked in mist during the rainy season.

Anlong Veng, because of its location and its recent history, has been isolated from the rest of Cambodia until recently. Many towns are given the “Wild West” tag in this country, but Anlong Veng deserves it more than most of the others. Despite being connected to Siem Reap by a decent road, it may continue to be relatively isolated for a while yet. 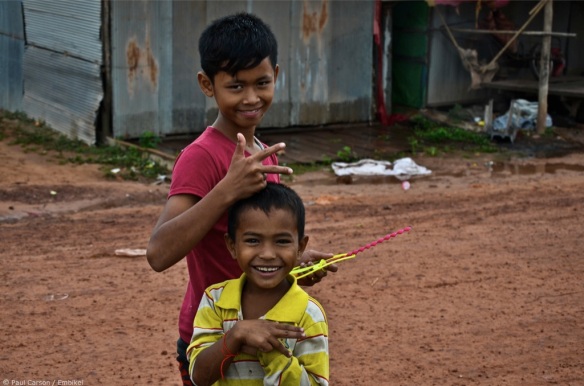