In Prime Minister Malcolm Turnbull’s electorate of Wentworth — and just around the headland from the PM’s own private residence in Point Piper — those assembled heard from a number of speakers who gave their own impressions on the effects of climate change generally, but also with a particular focus to the Great Barrier Reef off the coast of Queensland.

The most recent El Nino weather pattern to hit Australia has resulted in about 22% of the reef being bleached white due to high water temperatures.

All speakers urged for bipartisan action on climate change, saying the stakes were too great for politics to get in the way of action now urgently needed.

Dr Michael Borgus, a scientist working for the CSIRO, talks about funding cuts and staff shrinkages at the organisation.

Dr Kate Charlesworth speaking about many of the dangers to society and individual health as a result of climate change. 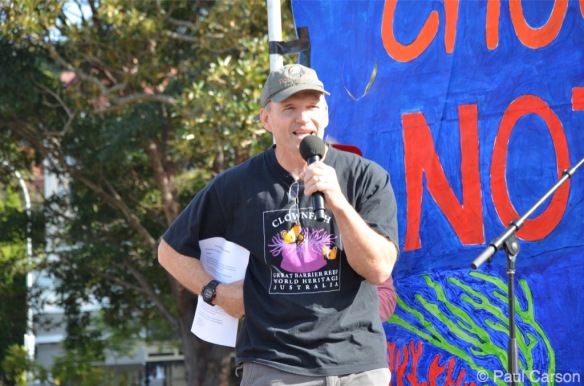 Dive operator Tony Fontes speaks about the effect of climate change on the Great Barrier Reef.

The crowd displays the white side of their coral cutouts to show the effects of coral bleaching, exacerbated by climate change.

Amy Gordon, an activist with the Australian Youth Climate Coalition, speaking on what the public can do to bring about policy change on environmental matters.

A Greenpeace boat passes the crowd on the foreshore of Double Bay. 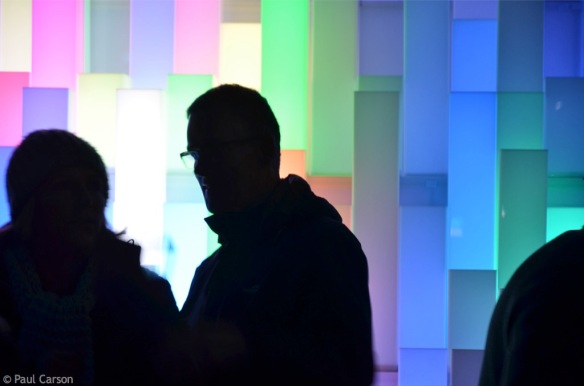 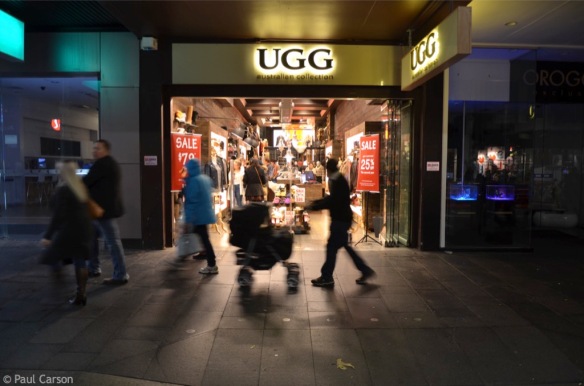